2 weeks ago by Christina Massaad

Share this:
Talks stalled recently as Prime Minister Boris Johnson and chief Brexit negotiator David Frost were unable to reach an agreement with EU negotiator Michel Barnier. Following a two-day summit that ended in failure, Mr Johnson told Mr Barnier not to bother visiting London to resume talks this week unless the EU was willing to make an offer that respected the UK as an independent country.
Since winning a landslide victory in the 2019 UK general election, Johnson's Conservative Party has been locked in negotiations with the EU regarding a Brexit withdrawal agreement.
The country officially left the EU on January 31, 2020, with the Conservatives introducing a legal clause that would force a withdrawal agreement deadline of December 31, 2020. Despite previously stating that the odds of a no-deal Brexit were "a million to one", Johnson reintroduced the possibility soon after the 2019 elections.

Back in November 2018, the Bank of England suggested that a no-deal Brexit would result in economic hardships akin to the 2008 global financial crises. Border checks on exports and imports would result in backlogs, price hikes, and shortages. Tariffs would also see significant increases, particularly on agricultural goods like dairy and other animal products.
According to statistics from the Council on Foreign Relations (CFR), trade makes up 63% of the UK's economy, with 44% of its exports going to the EU. Capital investment in the UK has already seen a 30% drop, with major companies like Airbus vowing to move business elsewhere should the UK leave with no trade deal.
Johnson has said that if the UK leaves with no-deal, it would adopt a system that resembles that of Australia's EU trade relationship. With no specific deal in place with the EU, Australian businesses mostly rely on the basic rules outlined by the World Trade Organization (WTO).

Brexit negotiations became heated last month when the UK introduced the controversial Internal Market Bill on September 9, 2020. The bill, described as a "measure to preserve the territorial integrity of the United Kingdom" raised several concerns amongst Conservative Party MPs and prompted legal action from the European Union.
On October 20, 2020, the Internal Market Bill faced heavy losses in the House of Lords, with 395 peers out 564 voting against it.
Northern Ireland Secretary of State Brandon Lewis said the bill would "break international law in a specific and limited way", and the Scottish government called it a "power grab". In early October, the EU said the new bill would constitute a "breach of the obligation of good faith laid down in the Withdrawal Agreement" and could be used to reintroduce a hard land border between Northern Ireland and the Republic of Ireland.
The Irish border has been a contentious issue in Brexit negotiations, as, following Brexit, it remains the only land border between the EU and the UK. It was agreed in October last year that Northern Ireland would continue to enforce EU custom rules and would not perform checks on goods travelling into the country from the Republic of Ireland.
Considering the sensitive history that the two countries share, there are fears that the reintroduction of a hard border could result in political instability.

"Time is running out."

The UK government’s publicity campaign aimed at warning businesses to prepare for a no-deal Brexit has been given the blunt title "Time is running out". Reports reveal that the UK tax regulator HMRC will send out 200,000 letters to firms in the country detailing how new customs and tax rules may look in the event of a no-deal Brexit.
It is estimated that if the UK leaves with no-deal, the resulting disruption to trade could cost the country upwards of $25 billion in 2021. The majority of UK businesses, already struggling under the weight of the coronavirus pandemic, may not be in a position to take on the burden of further financial losses.
With less than three months left for the UK to secure a satisfactory trade deal, business managers say they simply don't have the time or budget to plan for a no-deal Brexit.
"The combination of COVID-19 and the exit from the EU single market makes the UK outlook exceptionally uncertain," said Laurence Boone, chief economist at the Organisation for Economic Cooperation and Development, in a report earlier this week.
However, in spite of its seemingly weak position, the UK continues to drive a hard bargain, refusing to concede to the EU's demands. Johnson either has a particularly strong card up his sleeve or he hopes the EU won't call his bluff.
His ascent to Conservative Party leader came largely off the back of previous leader Theresa May's inability to deliver an acceptable Brexit deal. The embarrassment she faced has put Johnson in a position where he would rather crash out of the EU with no-deal than deliver an unsatisfactory deal.
Research from the London School of Economics (LSE) suggests that the UK's ability to obtain substantial concessions from the EU in the past may be a driving factor in Johnson's hard-bargaining strategy. Despite the obvious differences between negotiating as an EU member as opposed to its position now as a separate country, the strategy might just work for the UK.
Following last week's summit, German Chancellor Angela Merkel and French president Emmanuel Macron have both conceded that they are willing to compromise with the UK, and Dutch prime minister Mark Rutte clarified that the UK was not expected to make all the concessions.
The UK's Cabinet Office minister Michael Gove has told British MPs that the door is "still ajar" for further negotiations, with Mr Barnier expected to resume talks this week.

Video: Challenges and Solutions to Access Data in the MENA Region 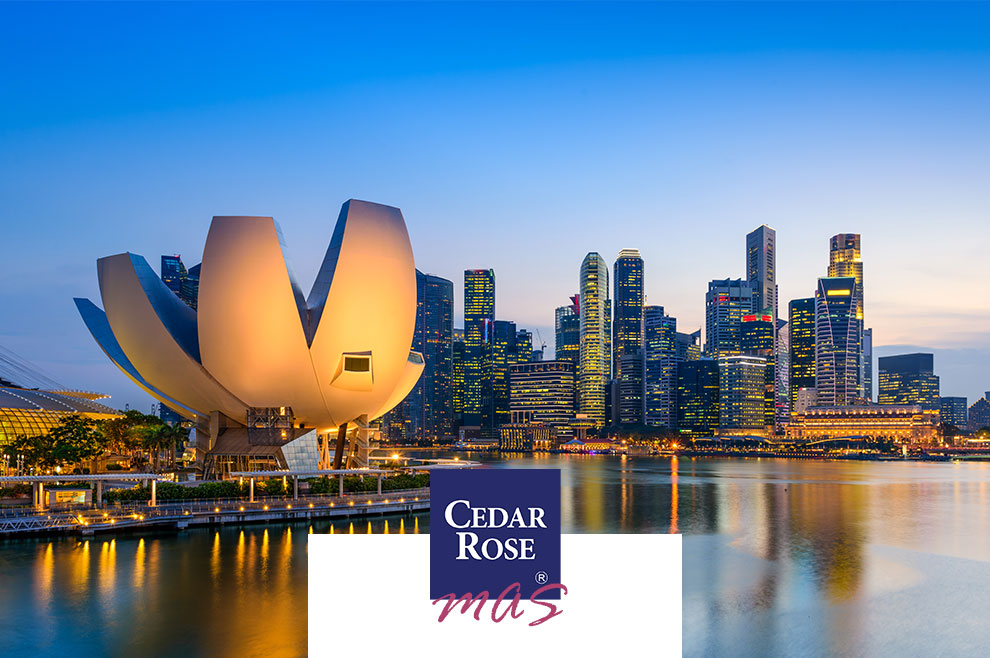 The Monetary Authority of Singapore (MAS) has announced the provision of S$35 million in financial support for the Productivity Solutions Grant (PSG) [...]

Company Credit Reports: How can they help your business grow?

Why Sales People should make more use of them. Company Credit reports can be your guiding light, helping you make informed decisions over what pa [...]

What is the Meaning of Due Diligence?

Due Diligence can mean a lot of different things to different people and one of the most highly searched terms on the internet for this subject is “du [...]