4 weeks ago by Lamia Massaad

Overcoming Corruption in MENA through Investigative Due Diligence

Cedar Rose has been leading the way with Middle East and North African focused Investigative Due Diligence Investigations since 1997. International companies doing, or aiming at doing business with, companies or persons in the MENA region tend to face many challenges, the main one being corruption, therefore, enhancing the need for investigative due diligence to be undertaken.

Corruption is defined as the misuse of public power by politicians or appointed civil servants for private gains. Corruption at Government level tarnishes the perception of the country's stability and quality of investment potential thus hindering foreign direct investments. The entire population can be affected as a result of inefficient allocation of resources. It might manifest itself as a simple payment request by a low level governmental employee, commonly referred to as petty corruption. Large scale corruption schemes where decision makers are implicated at the very highest political, executive, judicial or legislative levels is commonly known as the bystander effect.

The bystander effect is a social psychological phenomenon in which individuals are less likely to offer help to a victim when other people are present. The greater the number of bystanders, the less likely it is that one of them will help.

Corruption at corporate level may manifest itself in many ways but it always leads to the same results: Bad reputation and a loss of market share. Bad reputation and negative commercial standing mean less business due to the lack of trust.

In general - Corruption schemes mainly include:

These schemes can be committed by the public sector and by private companies, equally. Their existence in both private and public sectors has devastating results. It is worth noting that in some MENA jurisdictions there is a saying that "the police, the thief and the judge" are the same person. Obviously, this is not the case in most countries within the region, but one only needs to look at the corruption perceptions index to see that many of the 'hotspots' are within Middle East and African countries. Companies that have been linked, sometimes unwittingly, to such corrupt practices have faced hefty fines. One example is Airbus, the largest aerospace multinational in Europe who were reportedly fined £3 billion in January 2020 in the UK courts by France and the UK, beating the previous UK record fine which was held by Rolls Royce, allegedly fined £671 million in 2017 for breaching the Anti Bribery Act.

Lack of transparency in the MENA region in particular has a direct effect on the clarity of understanding the reputation of an individual or a company. How do you know for instance that you are dealing with a company of good reputation and commercial standing? Open source searches and media scans may facilitate this, but is that enough? Can you take these open sources as trusted sources? The answer is: Definitely not. With today's access to social media and internet sources, anyone and any company can create a profile to suit any purpose and create a particular image, but this would not necessarily reflect the reality. Fraudsters, marketeers, politicians, companies and in fact anyone can use media and social media platforms to make you believe what they want you to believe. To these companies or persons, Perception is Reality.

The region is well known for hosting shell companies which only exist on paper but which may in fact act as vehicles for laundering - or obscuring the path - of millions of dollars each year. It is worth noting that companies operating in the MENA region are not obliged by law to publish their corporate and financial information. Some companies do not even go to the effort of having a detailed website or any social media presence describing their activities and line of business. There are a host of red flags that could be uncovered during any level of due diligence.

Many politicians are businessmen and many businessmen are politicians. This may lead to nepotism, favoritism, and leveraging of the existing political system to obtain personal benefits.  The association of a politician with a company may sometimes be visible but this is not the case most of the time. This is mainly because their exposure will trigger questions regarding any possible conflict of interest and the misuse of power, among many other obvious questions.

Understanding the business network such as the ultimate beneficial owners (UBO), affiliates and business involvements is paramount. Access to corporate information in MENA jurisdictions does not necessarily mean direct access to the shareholders of the company, to its UBOs or even to its affiliates. Access to this information may require exhaustive investigative approaches to various types of sources and commercial authorities. In some jurisdictions within the MENA region, corporate information is only available in the Arabic language which even adds to the complexity of the whole process; especially for international companies willing to do business in the region which do not have dedicated and specialized Arabic speaking analysts and researchers to overlook the whole KYC (know your customer) process.

As a company, Cedar Rose have made it our mission to help companies trade compliantly within and into the MENA region by using our local expertise, languages, in-depth knowledge of local protocol and our wealth of over 20 years experience to overcome the hurdles that the lack of clarity can bring. Through investigative due diligence and data subscriptions or data API's we have become the one-stop shop not just for one country, but for the entire MENA region, plus hundreds of other countries too.

What is the Meaning of Due Diligence?

Okay, Job Done! Now How To Get Paid?!
Related news 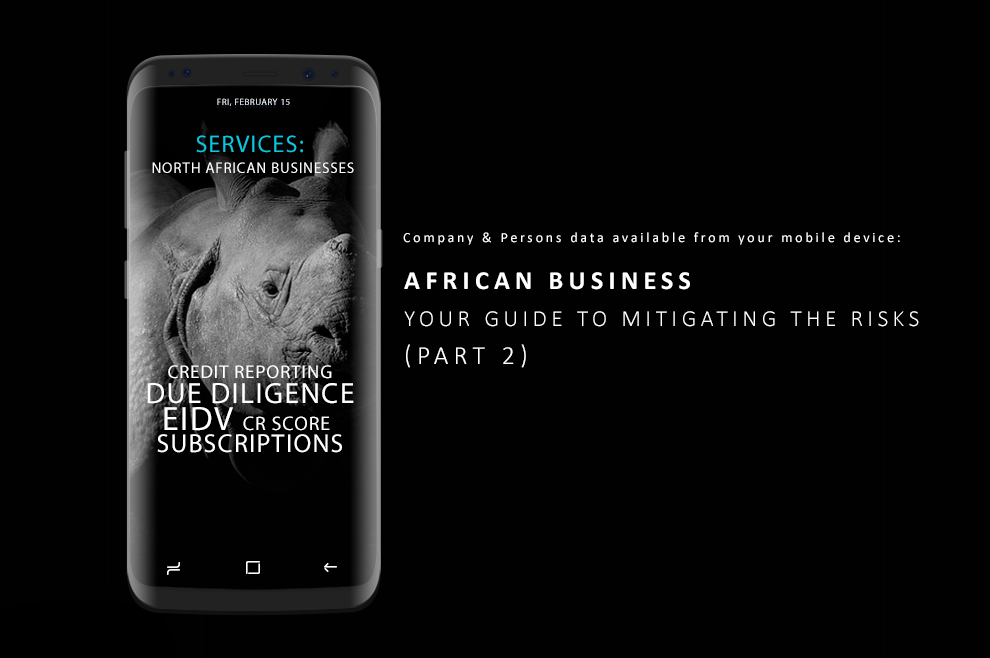 Now that we have covered (in Part 1) why you need to take precautions when investing into the many nations of Africa, we can now assess the [...] 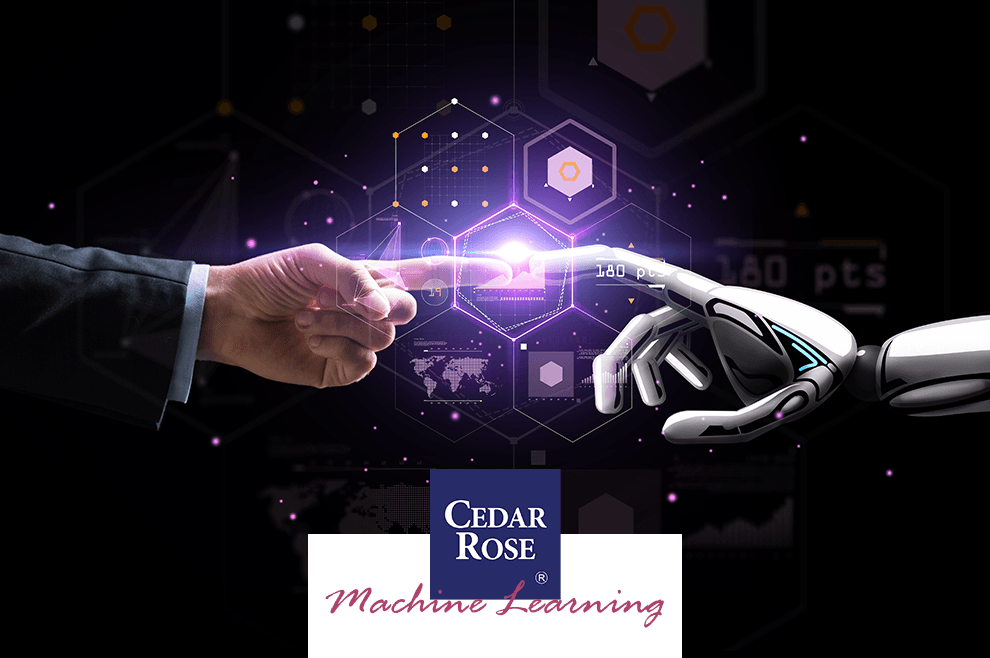 Over the last decade, machine learning (ML) technology has become an invaluable tool in many industries, but it has become especially crucial in the f [...] 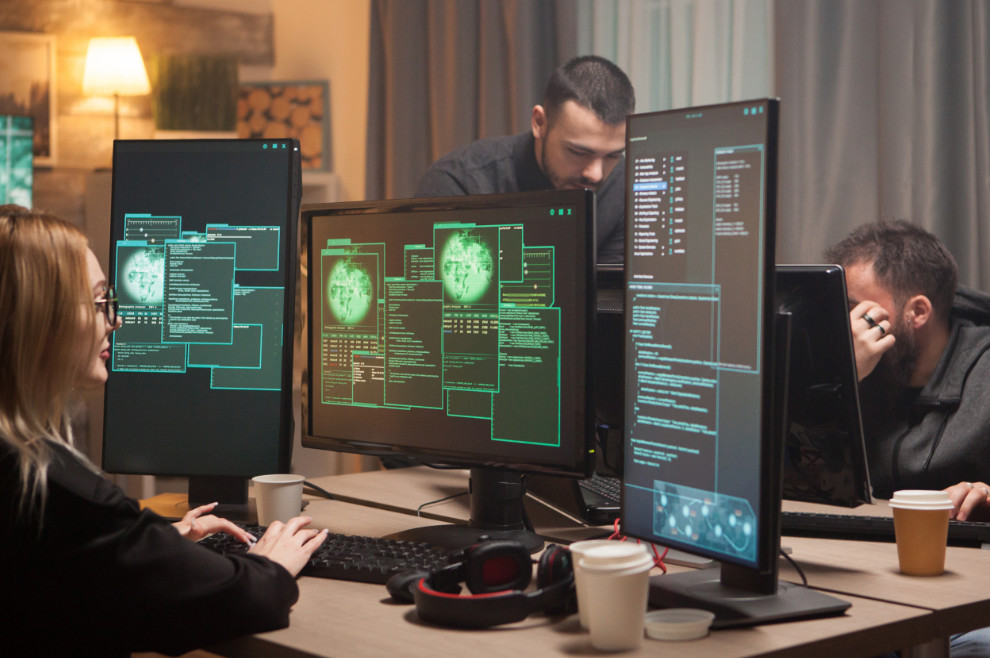 Money laundering and terrorist financing are two severe crimes utilised to fund and hide activities that hurt and destabilise economies from around th [...]