1 year ago by Antoun Massaad

European Central Bank (ECB) Gets Serious About a Digital Euro

Share this:
The European Central Bank (ECB) recently released a 55-page report outlining its plans for introducing a "digital euro". The document details the organisation's reasons for considering a digital euro and the potential legal and social implications of such a plan.
The European Central Bank (ECB) oversees monetary policy for the European Union (EU) and safeguards the price stability of the Euro currency. Since its introduction on January 1st, 1999, the Euro has been adopted by 19 of the union's 27 member countries.

Central Bank Digital Currencies (CBDCs) have become a hot topic of conversation ever since Bitcoin achieved notoriety in 2018 following its meteoric rise to nearly $20,000 per coin. The resulting legitimization of 'digital cash' as a concept with real-life applications meant it could no longer be ignored by governments around the world.
Late last year, the People's Bank of China (PBoC) led the charge in CBDC development when it announced its plan to release a 'digital yuan' - a project that has since been successfully tested with 1.1 billion yuan in transactions.
Not one to be left out of the loop, the ECB subsequently formed its own Eurosystem High-Level Task Force on CBDCs and began investigating how such a system could be implemented in the complex financial landscape of the Eurozone.

Why would Europe Need a Digital Euro?

In a press release earlier this month, ECB president Christine Lagarde stated the following:
"Europeans are increasingly turning to digital in the ways they spend, save and invest. Our role is to secure trust in money. This means making sure the euro is fit for the digital age."
These feelings were echoed by the task force's Executive Board and Chair Fabio Panetta, who believes a digital euro will contribute to Europe's financial sovereignty and strengthen its role internationally. However, the key factor driving the project is undoubtedly the rising threat of private digital currencies like Bitcoin and, more recently, Facebook's Libra.
The ECB briefly mentions the potential risks that these emerging products pose for financial stability and consumer protection but doesn't outright condemn them. While the concerns mentioned are not without warrant, the overarching power that central banks impose on industry and politics around the world is an increasingly topical subject steering public opinion of late.
Could this growing threat of power dissolution be a more pertinent factor in incentivizing CBDC development on a global scale? If so, it's not likely to have much success. The digitisation of a government-issued fiat currency doesn't change its core fundamentals and will do little to dissuade cryptocurrency enthusiasts who distrust banks and promote a decentralised economy.

A Threat in its Own Right

Irrelevant of the ECBs true motivations, the emergence of digital currencies seems a natural progression considering the prevalence of technology in today's modern world. However, that doesn't mean there won't be some speed bumps along the way. Potential issues that the ECB has brought to light regarding the introduction of a digital euro include:

The ECB stresses the importance of an environmentally friendly system that is "based on technological solutions that minimise its ecological footprint." These concerns are likely prompted by Bitcoin's use of resource-heavy, industrial-scale mining centers to maintain its 'blockchain-based' functionality.
Although the document mentions blockchain technology in relation to its use in issuing digital 'stablecoins', it does not specify what technology the ECB plans to use. It does, however, state that the digital euro is “not a crypto-asset or stablecoin.”

Use as a Means of Investment

The ECB goes on to note the risks associated with "monetary policy transmission and financial stability" should a digital euro be used excessively as a means of investment. Conversely, it recognises the need for a certain level of liquidity in order to promote use of the digital euro as a means of payment.
In one section, the ECB ponders a heightened potential for bank runs in a crisis situation where "the operational obstacles to withdrawing money in the form of digital euro are lower than for withdrawing cash."

The most notable technical consideration mentioned several times by the ECB is the obvious assertion that the digital euro should remain under control of the Eurosystem. However, the report mentions the idea of involving users and/or the private sector in some capacity as supervised intermediaries.
This inclusion, to some degree, indicates a recognition by the ECB of the public's desire for a more decentralised banking system. It may also reveal a broader understanding or acceptance of the benefits that decentralization can offer in a digital economic system.
Furthermore, the ECB recognizes the lack of sufficient IT infrastructure present in central banks to support a centralized digital currency system. As non-government issued digital currencies continue to gain traction at a rapid rate, it may force the ECB to adopt a more decentralized model in order to keep pace and remain competitive.
The ECB addresses these technical issues amongst many others in its report, highlighting the need for a "comprehensive and balanced policy-oriented assessment of the challenges" that a digital euro presents.
Following the publication of this new report, the ECB plans to launch a public consultation that will encourage further input from the public and private sector.

For more information on how Cedar Rose can help your business, give us a call today on +357 25 346630 or email info@cedar-rose.com.

What You Should Consider before Investing in the UAE
Related news

We are pleased to advise our main data additions and enhancements for June 2022.Global CoverageOur total global coverage has increased from 242,603,78 [...]

Cedar Rose has joined Ecologi to fight climate change by investing in viable climate solutions and taking important steps towards climate action with [...] 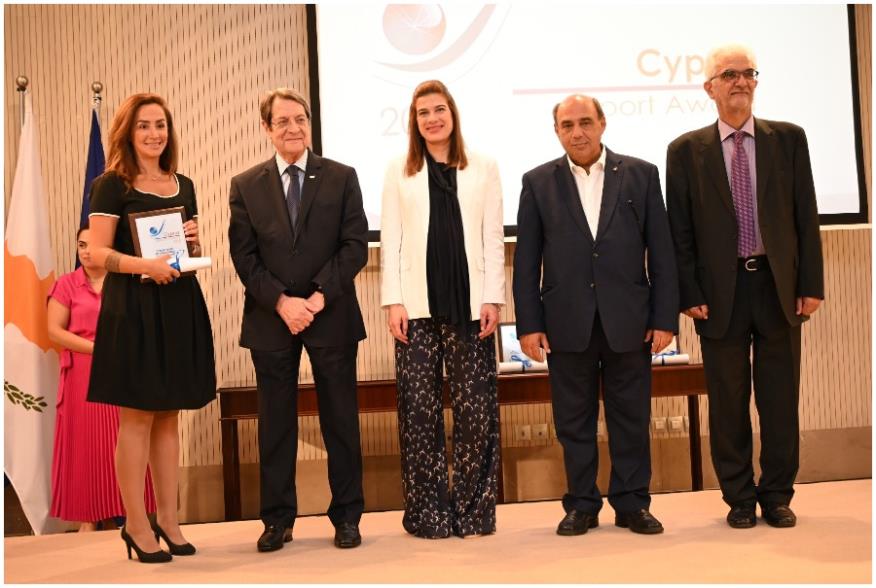 Cedar Rose was declared the winner of prestigious 2020 Cyprus Export Award for the Financial Services  Sector by the Ministry of Energy, Commerce [...]