1 year ago by Antoun Massaad

The Transformative Power of Regtech and Suptech

Share this:
Regtech (Regulatory Technology) and Suptech (Supervisory Technology) are relatively new terms that fall under the fintech umbrella. The more commonly known Regtech term defines fintech tools that are used specifically for the automation and processing of compliance and regulation procedures.
Suptech, a newer and lesser-known term, defines fintech tools that automate business supervision procedures for consumer protection like risk and compliance monitoring.
One of the earliest mentions of suptech can be found in a Bank for International Settlements (BIS) paper dated July 2018: "Innovative technology in financial supervision (suptech)." The paper provides a clear outline of how suptech can be best applied and the various roles of regulators and financial institutions in its implementation.
Financial monitoring came under the spotlight after the 2008 financial crisis, as technology firms scrambled to develop tools that would help to avoid a repeat of the same economic devastation. More recently, regtech and suptech have emerged as potential solutions to the growing problem of financial fraud and unethical business practices.
Throughout the ongoing COVID-19 pandemic, instances of financial fraud have risen, with criminals using fear and uncertainty to target the most vulnerable of society.

Fintech to the Rescue

To crackdown on these operations, governments have imposed strict regulations that require a stifling degree of administrative work from companies that hope to remain compliant. This is where regulatory technology comes into play, by automating slow and cumbersome procedures that would have previously required human intervention.
Using advanced technologies like artificial intelligence (AI) and machine learning, regtech tools can comb through massive amounts of unorganised data and accurately assess the compliance of a specific condition or individual.
Suptech offers similar benefits, creating a highly comprehensive, human-like supervisory environment via the marriage of AI and big data. Suptech tools can automatically analyse massive amounts of a bank’s financial data and accurately verify its validity without human oversight. With adequate suptech tools in place, instances of misconduct such as insider trading or money laundering can no longer go unnoticed.

The Evolution of  Regulatory Technology and Suptech

Regulatory technology and suptech have followed a similar trajectory of evolution over the years to become the powerful tools that they are today.
Regtech has been mentioned in papers as far back as 2015 and found an official voice when the International RegTech Association (IRTA) was formed in 2017. Its further development has been largely driven by the Monetary Authority of Singapore (MAS), which kicked off the formation of RegTech sub-committees across the Asia-Pacific region.
Its earliest implementations tackled the problem of growing regulatory obligations using simple automation procedures for checks and reporting. As time went on, the integration of analytics tools allowed companies to better understand the scope and contents of large data sets.
With the addition of AI and machine learning, regtech now provides powerful and indispensable tools that save companies and regulators billions of dollars every year. With an increasingly strict regulatory environment frequently demanding further progress, analysts forecast the burgeoning regtech industry to be worth over $55 billion by 2025.
Close on the heels of regtech, suptech has developed rapidly under a similarly demanding environment.
The initial stage of implementation for suptech was simple automation to reduce the workload. As banking became more complex and populations grew, the amount of data that needed monitoring exploded. No longer could financial authorities analyse data manually and use outdated technology to generate reports. Automating these procedures was the first step in the further development of suptech.
Second, the need for better data visualisation became apparent so developers injected statistical modelling and predictive analytics engines into suptech tools. These could quickly parse vast data sets and return highly detailed insights in a frequent, continuous fashion.
The final evolutionary step came in the form of AI-enhanced suptech tools which use Big Data to complemente the automation process. These tools can now develop their own improved analysis methods and provide real-time monitoring with AI-based validation.

A Bright Vision for the Future of Compliance

Financial crime is quickly becoming one of the biggest threats to the 21st century. As banking becomes increasingly digitised and more and more people do their finances online, cybercriminals are finding it easier than ever to enact large-scale financial fraud.
Ensuring that adequate procedures are in place to secure the private data of citizens is now a critical concern for both non-banking businesses and financial institutions alike.
These concerns are emphasised by the New York Department of Financial Services (NYDFS) forming a Research and Innovation Division to keep track of developments in the fintech industry. No longer an industry that simply develops banking apps, fintech is now deeply entwined in the world of law enforcement.
The growing popularity of unregulated monetary systems like Bitcoin and cryptocurrencies shows a strong public aversion to stifling oversight. Ironically, Bitcoin came into existence as a direct result of the criminal activities that led to the 2008 financial crisis but now faces the potential for similar abuses.
The fully automated and digitised nature of regtech and suptech promise a future devoid of financial fraud and market manipulation, particularly through seamless integration that offers customer security without restrictions. As these two transformative technologies solidify their place in the financial landscape, we will ideally see an increase in economic stability and a reduction in financial inequality.

For more information on how Cedar Rose can help your business, give us a call today on +357 25 346630 or email info@cedar-rose.com

Cedar Rose has been approved as an Enhanced International Support Service (EISS) supplier for the Department for International Trade (DIT) in the UK. [...]

5 ways that efficient, automated Know Your Business processes can speed your business growth

For stable business growth, your company needs to create strong relationships with new customers, suppliers, and partners. To do that, it is vita [...] 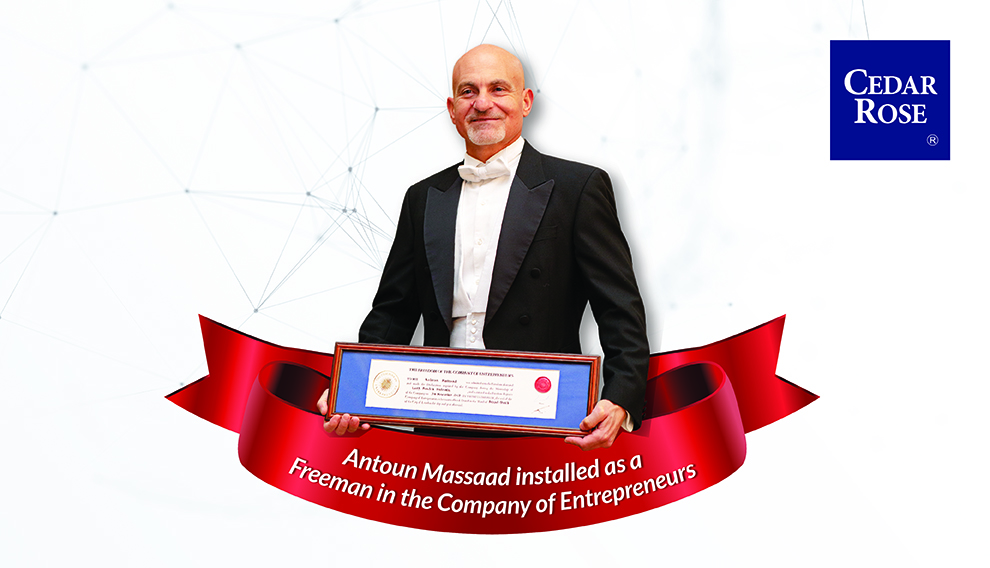 Antoun Massaad installed as a Freeman in the Company of Entrepreneurs

Antoun Massaad, the Co-Founder and CEO of Cedar Rose, has been recently installed as a Freeman in the Company of Entrepreneurs. Formerly known as the [...]